Should I Stay or Should I Go?

Continual Debate in my head:

Who would I sit next to on the plane? Where have they been?

Safe in the Apartment

Listen to the kid upstairs all day long

It’s cold here, but I don’t mind it

I have medical insurance

Help Heather with the baby

Daily walks in the park with friends 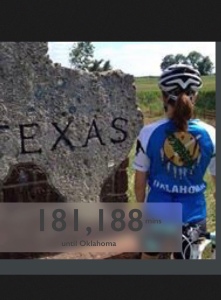 Back and forth everyday, it’s like a tennis match in my head.  It’s boring being cooped up all day, but is that any reason to fly home?  I chose not to go anywhere for the Chinese New Year Holiday this year to save money.  I was originally going to go home for this holiday, but those plans changed back in September, so I decided to go to Italy during this holiday, but those plans changed in December. So, here I sit.

It’s hard to explain the feelings and emotions of being in China right now.  Yes, it is a tragic turn of events for the thousands who have been infected and those who have died leaving their families behind. I understand the pain and suffering that goes along with being the bereaved.  Nothing compares to the anguish, desperation and sadness of losing a child, nothing!  So I wonder why I have this debate knocking around in my head?  I can do this.

I have a decent pay check each month and a gratuity at the end of my contract so I just need to keep my eye on the prize and stay put!  I only have 181,188 minutes to go!

But tomorrow when I wake up, I will be looking at flights home again, and so the debate continues.

life sucks if you let it, but I have options so it’s not all that bad!

It’s not that I haven’t had anything to write about, I have!

I have not written or posted anything in my blog since I left China. I think about it, but things just seem to get in the way, I guess. Honestly, I haven’t been too motivated, anyway.  I have been quite busy since I returned “home.” (Home is where the heart is)

I went back to work for Tulsa Public Schools after a leave of absence. I bought a house, and it seems to keep me busier than I had wanted. I bought this house as it seemed like it didn’t need any work. But, I was wrong.

I am fortunate enough to be able to watch my daughter’s daughter every so often. Yes, I said my daughter’s daughter. I can’t quite use and come to grips with the word, “GRAND daughter,” or even older sounding, “Granny, Grandma, Nana, etc.” So she calls me KAK, and I call her DD, short for Daughter’s daughter, though her name is Avery. She is quite a smart little girl and already two years old. My daughter is a much better mom than I ever thought about being, so with that said, I feel quite successful. It is so great to see that she and her husband are raising a little girl to be responsible, loving and is corrected for her behavior when she throws some of those little tantrums that two years olds throw at times.

Now, I would like to write about my other two children. Many of you never met my son, Clifton, as he died when he was just a little guy, just under the age that DD is now. He still holds such a big place in my broken heart. Eric,who is Clifton’s twin brother was just matched into a residency in emergency medicine at a hospital in Lawton, Oklahoma. Wow, my son the doctor. Another success. When your kids achieve so much more than you ever dreamed possible, as a parent, it is an amazing accomplishment and I couldn’t be any more proud of both of my surviving kids.

We just found out yesterday that Eric was accepted into the ER program. Stick with me here because this is my motivation for writing this evening, when all I really wanted to do was come home and go to bed. It has been an exhausting day, especially considering I have been awake since 1:27 a.m. Last night I was invited to a Chinese New Year celebration, Lion Dance and dinner. We were seated in a reserved area for the Tulsa Global Alliance. There was an additional reserved table for another group. As I was watching the Lion Dance, I noticed the other table of people arrived. I took a second glance and walked back immediately to speak to the man who would be sitting behind me for dinner. It was Dr. Ranne, Clifton’s surgeon from so many years ago. I had not seen him since Clifton died. We visited for a while and I told him about Eric. He was excited to hear the news about my son, the doctor. Dr. Ranne had his granddaughter with him, and I mentioned that I too, had a daughter’s daughter. It was a great little visit.

After dinner I came home and needed to make sure the attic vent doors were secure, as I had noticed earlier that they were blowing back and forth in the high winds we had been experiencing. I didn’t want to hear the banging and slamming of those doors all night, so I climbed up in the attic and secured them with wire. It didn’t seem like they were going to move with the wind blowing. I went to bed.

Awakened at 1:27am by a banging on the wall, or door, I listened, groaned, rolled over and tried to go back to sleep. It was impossible. I couldn’t figure out what it was, but I didn’t want to climb back up in the cold attic at 1:27 in the morning.  I moved to the couch.

When the alarm went off at 4:30am, I got up but really wanted to just stay in bed, (or the couch). As I was getting ready, I heard the banging sound again. I listened to see if it was coming from the attic. It didn’t seem to be. I walked over to the window in my bedroom and it was louder. I just kept following the sound, even putting my ear to the wall to see if I could figure it out. I listened for a bit. Then I discovered what was causing the sound. I couldn’t believe it.

I had spend most of the previous evening thinking about Clifton and wondering if he might have been a doctor, too. I was even back in the hospital listening to the flat line sound of his life support machine as he passed away that morning. So many memories in just a few hours, and now that sound? It was coming from a 11×17 framed picture of Clifton that is near my bed.

Each time the heat would kick on, the air blew from the floor vent and hit the picture causing it to bang against the wall. This picture has been there for months, and I have certainly had the heat on. It has never made this noise before. As I stood there leaning with my ear against the wall, I thought sure enough, Clifton is still around. I didn’t know whether to smile or cry. So I did a little of both. I found it a miracle, or a message from above that caused all of these events to happen in the same 24 hour period. I thought back to the time I woke up that morning. It was 1:27 am, the time of Clifton’s death so many years ago.

Congrats my children and thank you for being better than I ever could dream of being. Thank you Clifton for renewing my faith. Another success.

9 Comments | posted in ER residency, My son the doctor, Uncategorized

Happy Chinese New Year! There are several traditions to which the Chinese people adhere to on New Years that are supposed to bring good fortune.  Some of them I don’t mind, such as buying new clothes, receiving money in red envelopes,wearing red underwear, and not sweeping the floor or lending money.

However, I am not too sure about not washing my hair or showering!  I guess that is supposed to wash away all your good luck!  I may take my chances. I’m also not too sure I am in favor of amateur Chinese fireworks on New Year’s Eve! 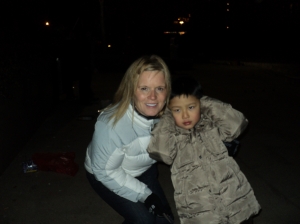 goose down jackets and fireworks on Chinese New Year's Eve

WOW, I have never seen anything quite like fireworks in China on New Year’s Eve.  Chinese families spend lots and lots of money on firecrackers, as they represent bringing in the new year with good fortune. But being from a state where personal fireworks are banned in the city, this was quite an experience. Dads and their sons mostly, go outside with bags and boxes of fireworks to set off and enjoy.  Firecrackers (blackcats) were lined up 50 to 100 feet in length and set on fire!  POP, POP, POP, POP, POP, POP. I think the dad’s enjoy it more than the kids, as many of the kids just stood with their hands over their ears while the dads ran jumping and hollering from the firecrackers they just lit, or  ran from somebody’s fireworks lit just beside them! 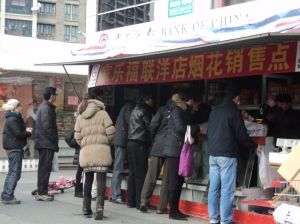 undoubtedly, my neighbors lining up to buy MORE fireworks.....

Just when I thought there could not possibly be any more firecrackers in the city, several new families would appear with their boxes of firecrackers!  Now not only would they appear with their boxes, they would just randomly start lighting them no matter where they were standing and with no regard as to who was standing nearby! Bottle rockets were hand held and just barely shot over the top of somebody’s head who was standing just feet in front of them. 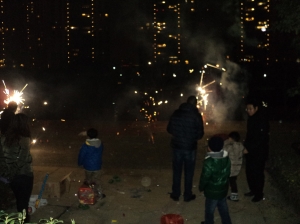 When they thought the rocket was empty, they tossed it on the ground, only to have one more ball of fire shoot back at some innocent bystander! Firework debris randomly fell on our heads and I feel as though I may be permanently deafened in both ears. I guess the fireworks did bring good fortune, after all I feel quite lucky to have survived Chinese New Year’s Eve!  So I guess the red underwear, and lighting of fireworks did bring good luck to me. So, Happy Year of the Dragon to you and may your new year be as fortunate and rewarding as mine!  Next year though, I believe I will be on a quiet, warm beach somewhere far from China’s fireworks!!